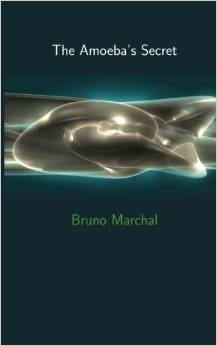 Available as a Amazon paperback, or a Kindle ebook.

The Amoeba's Secret tells the story of Dr Bruno Marchal's quest for understanding some of the deepest aspects of reality, starting from an initial interest in invisible immortal beings as a child, and a realisation that amoeba are both invisible and effectively immortal. This led to questions touching some of the most fundamental theorems of computer science and mathematics, and a surprising reversal in the ontological status of psychology and physics. For this, he was awarded a PhD at the university of Lille, and received the coveted Prix Le Monde de la Recherche Universitaire. This book, Le Secret de l'Amibe, was commissioned by Le Monde for publication by Grasset, and then mysteriously, the prize was withdrawn, and the book never published. Now translated into English for the first time, you can read the incredible journey and ordeals that Dr Marchal faced. Plus, this book remains the most accessible introduction to Dr Marchal's ideas, as he explains what motivated him to formulate and study these questions in this way.